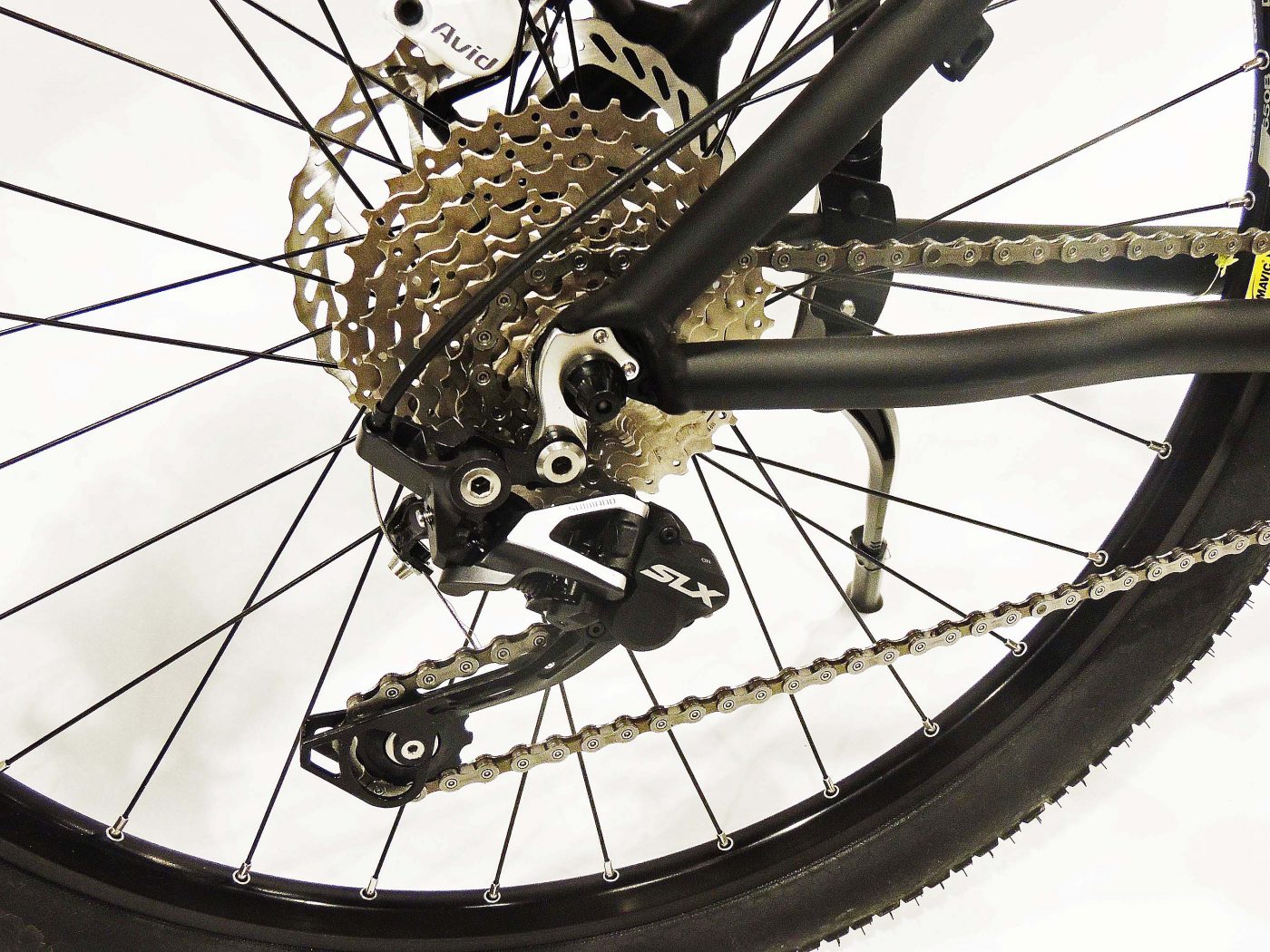 Most people, in North America at least, are familiar with derailleur type gearing on bicycles. Most mountain bikes and road bikes have derailleur gearing, which is characterized by multiple sprockets on the rear wheel and often on the crank, with moveable chain-guides (the derailleurs) which “derail” the chain by moving it sideways to engage with the different sprockets, thus changing the gear ratio (how many revolutions of the crank to produce a revolution of the wheel).

Unlike derailleurs, internal-gear hubs achieve different gear ratios by a planetary gear system enclosed within a sealed “hub”. In Europe, commuter and urban bicycles are commonly fitted with such systems.

Below is a discussion of the merits and drawbacks of each, and the rationale for their use in each of our different models of e-bike:

One of the greatest advantages of internal-gear hubs is that the moving components are contained in a sealed unit, where they are protected from dirt, water, grime, road salt, debris, and the like. In contrast, the cages (the part with long arms and idler pulleys that tension the chain and take up slack when shifting between gears) of derailleurs are exposed, and vulnerable to being bent, damaged, or broken. Derailleurs are somewhat infamous for easily being knocked out of adjustment. Internal hubs are notoriously robust in this respect.

With a derailleur system, the chain must be able to “snake” sideways during gear changes, and regular cleaning is required for smooth shifting. Additionally, adjusting the limit screws on the derailleur is often necessary to keep the shifting smooth as parts wear and stretch. Internal hub systems shift reliably and smoothly and can go for years without maintenance or adjustment.

Since there are no multiple gear sprockets and idler wheels to pass over, the chain on an internal hub drive always runs in a straight line and is less susceptible to wear. The chain is wider as it does not have to flex sideways, so it is inherently more robust. Strength & longevity are greatly improved, especially in wet or abrasive environments.

Typically internal gears allow stronger rear wheels, as less “dish” is required (since there is only one sprocket to accommodate, as opposed to a cluster of 7 to 10). The spoke angles on the left side and the right side of the wheel are similar, resulting in a stiffer, structurally more stable wheel build.

The lack of a derailleur with its pulleys, exposed gear cluster, and serpentine chain path makes for a simple chain line. The chain cannot jump from the chain wheel and sprocket the way it can with a derailleur.

Shifting is linear…there is only one shifter; no need to juggle front & rear shifters.

Derailleurs can have higher mechanical efficiency (lower friction losses) than internal gear hubs… 94% compared to 92%. In practice though, the efficiency of derailleur systems can fall well below 90% due to dirt & wear. (Ref. Kyle & Berto, “The mechanical efficiency of bicycle derailleur & hub-gear transmissions”, Human Power #52 Summer 2001), For a more recent discussion of this see the more recent post in this same Technical section under “E-bike efficiency”.

Which of our models use which gears?

On our “hybrid” e-bikes an 8-speed internal-gear system is standard, since these bikes are designed for simplicity and freedom from maintenance. We chose an 8-speed hub rather than a 3, 4, or 5 speed, to provide a reasonable complement of “granny” gears for riding without any power assist. The idea that more gears are better is thoroughly entrenched in some people’s minds however. Why wouldn’t we have put a 30-speed derailleur system on our “hybrid” bikes they ask. From the rider’s point of view, the answer is simplicity. Most riders of our electric bikes never have need for the extreme low gears typical of derailleur-equipped mountain bikes. Rather, they use electric power assist to overcome steep terrain or strong headwinds.

Derailleur gearing is, however, used on our “Responder” bikes. This is to provide the widest range of gear ratios possible, since this bike is designed for heavy-duty service (police, paramedic, etc.), where feats of endurance  like negotiating stairs are sometimes required. Likewise, our “Ultra lightweight” and “Titanium Folder” bikes are designed with high-end derailleurs, to keep weight to an absolute minimum.

When comparing bikes on the basis of their gear ratios a useful number to compare is their “rollout”. *“Rollout” is the distance a bicycle travels for one crank revolution, the higher the number the faster the bike will go for a given cadence, but the harder it will be to pedal. Note that the “specialty” of the Ultralight bike is high speed (8.2 rollout), while that of the “Responder” is hill climbing (1.3 rollout). Because they are e-bikes, however, for all but the most arduous of hill climbing the motor can substitute for the lower gears. The 7 speed ultralight e-bike with its minimum 4.1 rollout is quite adequate for all but the steepest of hills.

We're currently offline. Send us an email and we'll get back to you, asap.

Type and press Enter to search